Home / Medical Cannabis Guide / What are Alkaloids? How Do They Relate to Cannabis-based Therapies? 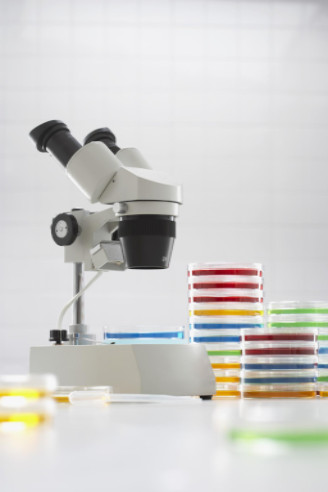 Alkaloids are elements or property constituents that have a complex bitter and organic base. To be considered an alkaloid, a constituent must contain nitrogen and it usually contains oxygen as well. Alkaloids are found in physiologically active seed plants, such as the cannabis plant.

Alkaloids are found in a wide variety of herbs and plants. There are many different types of alkaloids, and consequently a wide range of benefits. Listed below are some of the more common alkaloids along with their sources and benefits:

• Berberine – Berberine or Isoquinoline Berberine is found in herbs such as barberry and goldenseal. It aids digestion, has antimicrobial properties and boosts the immune system.

• Lobeline – Lobeline is found in lobelia. It is an expectorant and helps to fight the negative effects of nicotine.

• Purine – Purine is found in caffeine or coffee. It acts as a stimulant and diuretic.

• Quinoline – Quinoline is found in Peruvian bark. It has anti-malaria properties, but is most often associated with the relief of muscle cramps. Hence, the reason tonic water with quinine is routinely prescribed for night-time leg cramps.

• Tropane – Cocaine is the source for tropane. Tropane gives cocaine its narcotic properties and is an analgesic.

• Cannabinoids – Cannabinoids are found in cannabis, both in hemp and marijuana. These alkaloids provide many benefits involving pain and inflammation relief, and conditions involving depression and anxiety.

Cannabinoid alkaloids are different from other alkaloids in that they are fat soluble rather than being dissolvable in water or vinegar. There are over 85 kinds of cannabinoids found in cannabis. The alkaloids vary depending on whether or not the plant is hemp or marijuana, and also varies depending on the strain. Tetrahydrocannabinol (THC) is one of the most discussed cannabinoids. THC is known for its psychoactive properties which are responsible for the euphoric high. For a plant to be considered hemp rather than marijuana it must contain less than .3% THC.

The cannabinoids work at the cellular level activating both the C1 and C2 receptors in the brain. These receptors send signals to produce an acid reducing protein. This process results in a reduction of inflammation and pain.

Though the synthetic drugs are designed to create this same process, they are not as effective since they do not have the synergy of the natural cannabis plant. Besides the cannabinoids balancing each other, cannabis also has hundreds of other substances that work together to produce other health benefits and reduce harmful side-effects, including alkaloids.

The benefits of cannabinoids may make cannabis one of the most remarkable plants on the planet. In addition to terpenoids, low levels of several alkaloids have been identified in cannabis roots which may be medicinal in value. Piperidine and pyrrolidine, which can both be found in the root of the plant as well as the stems, seeds, pollen and leaves, are toxic in high doses but can be beneficial in low doses.

Various pharmaceuticals use piperidine as a chemical building block for psychiatric medicine. Pyridine alkaloids are considered a stimulant, bronchiodilatory and sedative. Likewise, pyrrolidine is the foundation of a type of stimulant drug known as racetams.

Cannabis is a very potent plant, especially when the strain has a considerable concentration of THC and CBD. When overused or abused, cannabis use can produce negative effects, especially in adolescents. These side-effects are often cited in the argument to delay national legalization of marijuana and cannabis, yet when compared to the warnings that come with prescription and OTC medicines the risks are minimal.

Regardless, you should always consult a healthcare professional if there are questions regarding side-effects or contraindications with other medicines before using cannabis products for medicinal purposes.