Home / Medical Cannabis Guide / CBD and Alcohol: What Happens When You Mix Them? 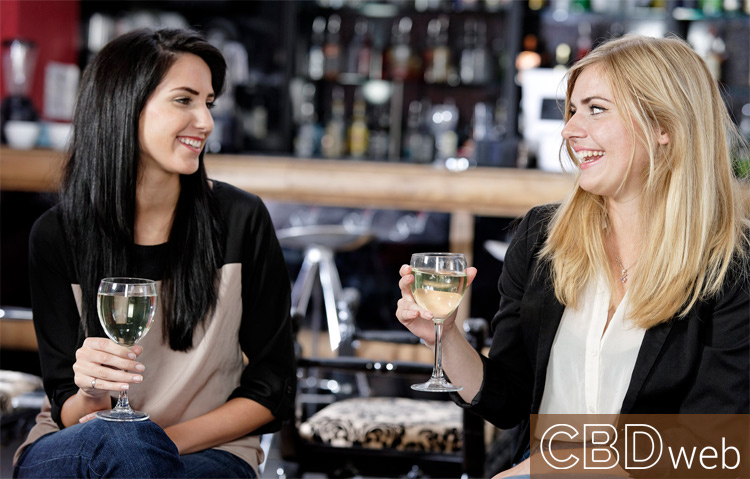 Cannabidiol (CBD for short) is becoming a go-to treatment for all types of chronic physical and mental health conditions, and for a good reason. Anecdotal evidence of its efficacy is everywhere; just ask your friends on social media. Chances are, at least one of them has used CBD to treat their ailments.

On its own, CBD is relatively safe for most people to take. But what happens when you mix it with alcohol? Could this combo be hazardous for your health?

Let’s see what science has to say about it.

Do CBD and alcohol interact?

The short answer is: yes. The long answer is a little bit more complex.

Unfortunately, there have not been any recent studies that re-test and expand upon the 1979 study published in the Journal of Pharmacology. This study, which was composed of 10 test subjects, found that those who were given alcohol and the alcohol-CBD combination showed similar and significant impairments during their tests. However, while the level of impairment was about the same, those who took the alcohol-CBD combination had lower blood alcohol levels.

Can CBD curb the effects of alcohol?

There is evidence to suggest that CBD might reduce the neurodegenerative effects that alcohol has on the brain. The study was conducted on lab rats and not humans, so there is more work that needs to be done to see how this might work on humans.

Another study found that CBD might help to prevent liver damage caused by alcohol consumption. However, if you ask James Giordano, professor of neurology and biochemistry at Georgetown University Medical Center, simultaneous CBD and alcohol usage exacerbates the effects of both substances. He says that mixing them together could make a person feel too sedated and lose their inhibitions.

But is there really evidence to support Giordano’s claim?

As of right now, there is not enough evidence to confirm that a CBD-alcohol combination either benefits or harms people.

How does the endocannabinoid system relate to addiction?

Addiction is a serious physical and mental health condition that can be difficult to treat. Traditionally, addiction therapy has included a number of in-patient (in hospitals or addiction treatment centers) and outpatient (i.e. seeing a counselor who specializes in cognitive behavioral therapy) methods. Treatment can take months or even years.

Drugs stimulate the brain’s reward system. Normally, when we experience pleasure, the brain sends out dopamine to various regions, including the amygdala, hippocampus and prefrontal cortex. These regions play different roles in how we process the feeling of pleasure and determine how and when we will seek it out again.

Alcohol stimulates these parts of the brain. It disturbs how neurotransmitters function in the brain, especially concerning dopamine and serotonin. This makes for the initial high followed by a more sedated feeling. When a person stops drinking, cravings for more alcohol result because the brain is left in a hyperactive mode.

CBD and alcohol interactions are rather unique since CBD stimulates homeostasis of the endocannabinoid system. Theoretically, the use of CBD could help to curb the cravings experienced by those who are addicted to alcohol. As research suggests, CBD might even reduce how much alcohol someone drinks, prevent them from relapsing after undergoing treatment, and become less motivated to consume alcohol.

Should you mix CBD and alcohol?

The verdict is still out on whether CBD and alcohol should be taken together. The effects of CBD might not impact every person the same way, so it is hard to tell how a mixture of CBD and alcohol will go over. Since CBD is becoming more commonly used, there will likely be more studies to come that will address CBD-alcohol interactions.

If you are going to take CBD and also drink alcohol, it is probably best to stick to drinking moderate amounts of alcohol. You might also want to stick to a low dosage of CBD. As is always the case with any new supplement you try, you should consult with your doctor prior to taking CBD oil. There are different brands and strains that your doctor might recommend.

Remember, while CBD might not be harmful, alcohol can be when consumed in excess. Stay smart, stay safe, and stay healthy.