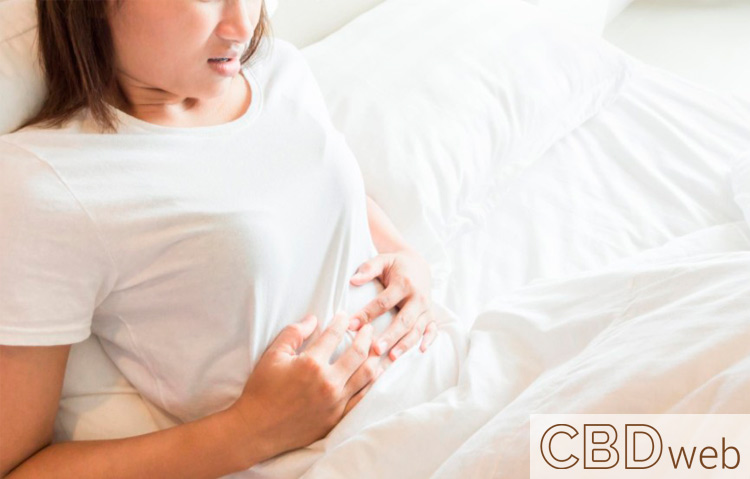 If you’re suffering from nausea or vomiting and would like to use a natural remedy, CBD oil is the answer.

Of all the unsettling feelings that our bodies can bring about, nausea may be the worst. The feeling of a churning stomach is bad enough, but then it works its way up your esophagus, starts causing your mouth to water, and you know it’s coming.

Nausea and vomiting are conditions that can affect anyone. No matter your age, gender, or ethnicity, that queasy feeling doesn’t discriminate. As varied as the people it can affect are the reasons for the nausea: food poisoning, a myriad of illnesses, motion sickness, pregnancy, hangover, a horrible smell or sight, a strong feeling of fear, an immense amount of pain, and the list goes on and on.

For such a prevalent condition, you’d think there would be a remedy for each. Dramamine is a well known remedy for motion sickness, but you’d be hard pressed to think of or find another well-known, effective medicine for all of the different reasons for nausea.

A lot of medicines aim at treating the symptom, but how about the root cause? Trying to formulate a drug that deals with nausea has been challenging for prescription drug manufacturers. But maybe they’re looking in the wrong direction. Instead of looking to manufacture a remedy, there is a natural anti-nausea remedy available that few know about.

The All-Natural, Yet Controversial, Remedy

Due to its mind-altering capabilities and illegal status for much of the country, marijuana has earned itself a bad rap. But research science is slowly changing perceptions of the plant and its many benefits.

The marijuana plant has been the subject of many studies and research aiming to determine its efficacy as a remedy for a variety of diseases. One such study revolved around cannabinoids, which are chemical compounds in the marijuana plant. Each compound reacts with your body differently.

One of these cannabinoids is THC, or tetrahydrocannabinol. It’s the compound responsible for the “high” feeling, making it a psychoactive compound. Despite the high feeling, THC actually provides relief for many health conditions.

Scientists came across another cannabinoid that also has a lot of health benefits, but is not psychoactive, meaning it will not get you “stoned” like THC. It’s called cannabidiol, or CBD for short. And to make it easily ingestible they made it into an oil – CBD oil.

How Does CBD OIl Work?

Cannabidiol oil has been found to be very effective for a myriad of conditions, including the following:

So, the question remains: is cannabidiol oil also effective for treating nausea and vomiting?

A research study once discovered that we have an endocannabinoid system. It’s a system of neurological receptor sites that communicate with the body and has been found to regulate vomiting and nausea. This discovery led researchers to consider CBD oil as a possible remedy. The oil was tested first on rats and later on humans and was unanimously found to relieve nausea and vomiting in both.

As you can see, CBD oil has been found to be an effective remedy for those suffering from nausea and vomiting. Whether your nausea is the result of motion sickness, chemotherapy, or other medical conditions, CBD oil will relieve the queasy feeling with minimal side effects. Although rare, possible side effects include confusion, sweating, dizziness, anxiety, and a headache.