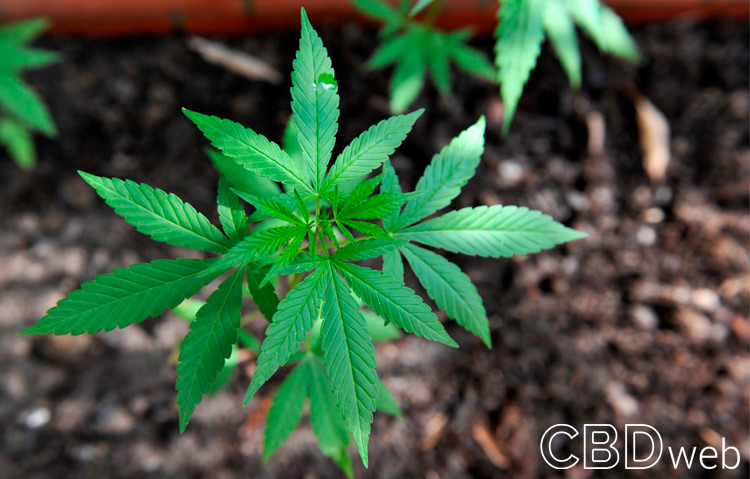 Roughly every 5 years, Congress creates new legislation that shapes agriculture and farming regulations in the United States. Typically, this receives little media attention. In 2018, President Trump signed into law the latest iteration of the Farm Bill.

This time, however, doctors, pharmacists and large corporations who usually have no vested interest in the American agriculture industry were paying attention.

The Agricultural Improvement Act of 2018, colloquially known as the 2018 Farm Bill, has put the cannabis plant back in the spotlight, clarifying many areas regarding federal hemp laws that the 2014 bill left ambiguous.

Hemp is used in many industries, yet its relation to marijuana has inhibited research and innovation for decades. Until the 2014 bill was signed, the U.S. didn’t recognize any difference between hemp and marijuana. Despite coming from the same family as marijuana, hemp contains only 0.3 percent of tetrahydrocannabinol or THC. Because of these low concentrations of THC, hemp is unable to produce any psychoactive effects in users.

The 2018 Farm Bill enables significant transformation in the American hemp industry, treating hemp farmers as it would any other crop growers. It does, however, continue to regulate the plant, which can be an obstacle for state legislators and researchers moving forward.

The Marihuana Tax Act of 1937 made all cannabis plants in the United States, including hemp, illegal. The Controlled Substances Act of 1970 went even further, classifying cannabis as a Schedule 1 drug, effectively banning its cultivation and research. Despite its recent legalization in many states, very little was done on the federal level regarding cannabis reform until President Obama signed the 2014 Farm Bill into law.

The 2014 Farm Bill was the first piece of legislation to differentiate between hemp and marijuana. It classified what it termed “industrial hemp” as cannabis that had less than 0.3 percent THC in it. It also allowed universities to grow, cultivate and research industrial hemp as long as it was legal at the state level. The goal of this bill was to open the doors for research and, as such, it didn’t address questions regarding the manufacturing or sale of hemp products.

Senate Majority Leader Mitch McConnell championed hemp reform in the 2018 Farm Bill. As a senator from Kentucky, he is well aware of the interest farmers in his home state had for hemp cultivation. Using his influence in the Senate, Mitch McConnell was able to garner support for major hemp reformation in the 2018 bill.

What the 2018 Farm Bill changes

The 2018 Farm Bill clarifies several ambiguities from the 2014 bill.

For starters, the new law makes it clear that hemp and hemp products are legal to be manufactured and sold in the United States. In this way, hemp and hemp farmers will garner the same federal status and protection as growers of any other crop. Manufacturers and distributors of hemp products will also be protected under federal law.

The 2018 bill also provides an exception to the legal status of THC contained in hemp. Whereas the 2014 law didn’t provide clarification for the low levels of THC in hemp, the 2018 bill gets rid of the term “industrial hemp” and makes it clear that “hemp” is any cannabis plant with 0.3 percent THC or below and is legal under the new law. Cannabis with more than that amount will still be considered marijuana and illegal under federal law.

What the 2018 Farm Bill doesn’t change

Despite changes to the definition, cultivation and sale of hemp, the 2018 Farm Bill doesn’t remove all barriers to CBD. What this law stipulates is that hemp and hemp-derived products that follow the new parameters and regulations set by Congress will be legal. Products like CBD that fall outside of those parameters will remain a Schedule 1 substance.

The bill also doesn’t change marijuana’s legal status at the state level. States that haven’t passed legislation legalizing hemp will still be able to prosecute farmers and manufacturers if they so choose. Even then, cannabis remains a federal offense, despite the number of states that have legalized it in recent years.