Explore the fascinating history of therapeutic cannabis use in the Far East, specifically ancient India

The use of cannabis in medicine can be found in numerous ancient texts thousands of years old and across many different civilizations, including ancient China, Greece, Egypt, Taiwan, Medieval Islam and India. The plant has been used in various forms in these cultures, from enlightenment and religious purposes to the medicinal use still in practice today.

Here we will examine its history and therapeutic use in Indian culture. 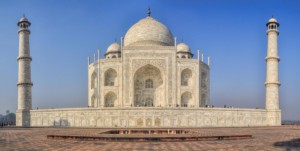 The Roots of Cannabis in India

The long history of cannabis in the lands of India date back as far as 2000-1400 B.C. and can be found in The Vedas – otherwise known as the sacred Hindu texts. Its history is shrouded in religion and legend. The Vedas state that cannabis is one of five sacred plants, and it possesses a guardian angel who made its leaves her home. The god Shiva is also closely related to the cannabis plant, which is often referred to as “bhang” in India. Legend tells that he walked off angrily after a skirmish with his family. Exhausted, he took rest under a leafy plant. Upon awakening, he decided to sample the leaves and was instantly invigorated. The plant became his favorite treat, and so he became known as the Lord of Bhang. 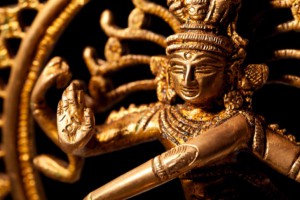 Legend further states the first bhang plant arose from Amrita nectar when the gods were churning the oceans around Mount Mandara, and a sacred drop fell to the earth. The Vedas declare cannabis a savior that gives joy and happiness and states the plant was offered to humans as a way to lose fear and anxiety, which is why soldiers often drank bhang prior to heading into battle. It was a gift to the people to help increase sexual desire and learn happiness.

Early Therapeutic Use of Cannabis 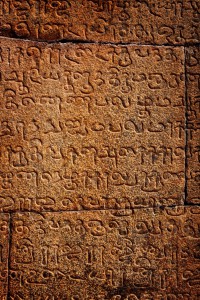 The first incontestable mention of medicinal cannabis can be found in a text by the Bengali author Va?ngasena known as Cikits¯as¯arasa?ngraha, or the “Compendium of the Essence of Medicine.” He refers to the herb as bha?ng¯a, stating it is “a drug like opium whose mode of action is to pervade the whole body before being absorbed and digested,” and provides two recipes to use it in promoting long life.

In ancient India, plants were classified by four distinct properties:

The ailments that Indian medicine men have used cannabis to treat for thousands of years include:

Cannabis was used in many recipes for the above ailments and more. Ancient texts indicate that users spanned the entire socio-economic realm of early India, from children to the wealthy with many wives. It was used for ailments, as well as religious and social aspects.

In the Ananda Kanda, or “Root of Bliss”, there is a significant chapter dedicated solely to cannabis, and it is in this text that the perils of misuse were first dictated.

The push to legalize cannabis for therapeutic use is not regulated just to the United States. As you can see, cannabis has been used for centuries to treat the people of India. In the past thirty years, however, this has become hard to accomplish due to the stricter laws imposed on the Indian people.

Doctors in India are pushing for further studies on the efficacy of cannabinoids in cancer patients. In 2015, India lifted its ban on cannabis research and hosted its first-ever medical cannabis conferences to spread awareness of the therapeutic uses of the cannabis plant.