When discussing the healing properties of medical marijuana or medical cannabis, it is important to understand the terminology involved. The name of the actual plant is cannabis. There are many different hybrid strains of cannabis. Both hemp and marijuana derive from the cannabis species.

Some of the basic differences between the hemp and marijuana are as follows:

Genetics – Hemp is considered to be one of the oldest cultivated crops on the earth. Its primary use was to manufacture fabric for rope, clothing, and other textiles. The species that were discovered to have mind altering components were separated and grown separately as marijuana plants. 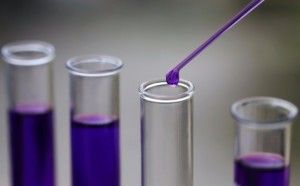 THC content – CBD Web defines the hemp plant as containing less than .3% tetrahydrocannabinol, commonly referred to as THC. A marijuana plant, depending on the strain can carry anywhere from .5 to 30% THC. Both the hemp and the marijuana plant contain another potent cannabinoid, CBD. CBD has also been found to have medicinal properties without the euphoric high or some of the issues with memory loss or loss of concentration associated with THC. Often hybrids of marijuana grown for medicinal use contain more of the CBD to offset some of the effects if the THC.

Different growing conditions – It may be a bit of an oversimplification, but we can, for the most part, think of hemp as the male version of the cannabis plant and marijuana as the female flowering version. The marijuana plant demands much more tender loving care (TLC) in the way of humidity, water, and light or in other words a greenhouse type environment. The heartier hemp plant can be grown in various climates and conditions with impressive yields. 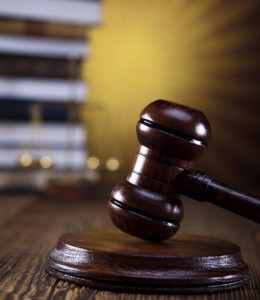 Legal status – The legal position of growing and consuming cannabis, either hemp or marijuana are decided at the state level. Some states allow it at various levels. Only a few allow the cultivation or consumption of the psychoactive or THC containing plants. There are still many states that do not permit the cultivation of hemp or marijuana. However, throughout the U.S., you can purchase hemp products, as it imports about $500 million worth of hemp products per year.

Medicinal Qualities of Hemp and Marijuana

It is important to note that no scientific research confirms cannabis, either hemp or marijuana, cures any disease. There needs to be much more research done regarding cannabis and inflammation, especially in the way of longitudinal studies.

There is research, however, that supports the claims that both hemp and marijuana can help with inflammation treatment by alleviating the pain, curtailing the symptoms, and sometimes even slowing the progression of certain diseases and conditions:

• Omega 3s found in hemp lower the risk of heart disease and Alzheimer’s.
• Omega 6s found in hemp help with hair, skin and bone development.
• THC combats nausea for chemotherapy patients.
• THC has been used successfully in glaucoma patients to decrease pressure.
• THC has been found to help control seizures.
• CBD found in both hemp and marijuana plants may turn off the cancer-causing gene.

The mention of inflammation stirs up negative connotations. Acute inflammation, however, is a normal defense response of body tissue responding to harmful stimuli. It is a reaction to cell damage caused by injury, an infection, or an allergic response to an antigen. The classic symptoms are swelling, pain, redness, and loss of function. The causes of what may be deemed as normal inflammation fall into three categories:

Many inflammatory disorders involve the immune system: acne, asthma, IBS and autoimmune diseases such as lupus and vasculitis. Cancer and heart disease are also considered inflammatory diseases not tied directly to the immune system. Research on marijuana and inflammation are key in the treatment of these diseases.
Cannabinoids, THC, and CBD have all been found to reduce inflammation and alleviate pain. THC reduces the development of atherosclerosis in the fight against heart disease. It has also shown positive results in lower digestive tract inflammation and pain management for cancer patients.

Using cannabis topically originated with traditional Chinese medicine in approximately 2700 BCE. Topical oils, creams, and serums are being rediscovered in the reduction of inflammation and the relief of pain in conditions such as arthritis, fibromyalgia, injury, and research shows it can also be beneficial for Multiple Sclerosis.

Though utilized as far back as ancient Chinese medicine, the part of the hemp plant that has often been overlooked in today’s society is the root. The root is rich in nutrients and also contains significant amounts of the cannabinoid CBD.

The ancient Chinese used it as an anti-hemorrhagic for post-partum bleeding. It was also applied to reduce pain and swelling of broken bones, other injuries and swelling. In approximately 79 CE, the Romans discovered hemp root for healing blisters, skin eruptions, and joint cramps. In the 18th century, England hemp root was widely used to relieve joint pain and sciatica.

Today the root of the hemp plant is being rediscovered. It has been manufactured into teas, ointments, and various other salves. These products are marketed to relieve many ailments including inflammation treatment/relief and are often mixed with other essential oils and ingredients to both enhance the healing properties and in the case of tea, the flavor. It should be noted that hemp root and hemp root oil contain a few toxins. If using the tea, one should be careful not to drink more than the recommended amount.

The future of the medical cannabis, medical marijuana, medical hemp, and industrial hemp industries are limitless. Legislation continues to be introduced and moved forward at the state level throughout the U.S. As more citizens are educated about the products and discover their medicinal and industrial usefulness, hopefully, the legalization movement will grow and the changes needed to take full advantage of the cannabis plant will also happen at the federal level.