Is medical marijuana and hemp oil an effective natural remedy for chronic pain? Get the facts, backed up by scientific data, in the paragraphs below. 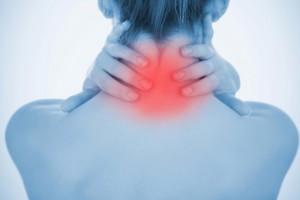 The uses for medical cannabis are distinct from recreational and spiritual marijuana uses. Medical cannabis is used to diminish the symptoms associated with malignant and debilitating conditions and, in particular, chronic pain.

Traditional healing methods have always relied on natural sources for medicines and natural pain relief for joint, neck, knee, leg, hip and related arthritis conditions. This has included local plants and foliage. Pharmaceutical houses are no different, and the drug development process has increasingly utilized plants as inputs into new medications. So it should be no surprise that cannabis has medical applications as an herbal pain relief remedy, relieving symptoms from a host of maladies.

Drugs such as the brand name Marinol, aka Dronabinol extract, is a synthetic version of THC derived from marijuana. It is available for the relief of nausea and vomiting due to chemotherapy and other cancer drugs, but only with a prescription. The generic Nabilone and branded Cesamet are similar, for nausea caused by cancer therapies. Another prescription botanical, Sativex, or the generic Nabiximols, is also extracted from cannabis containing both THC and CBD. Approved in the U.K. since 2010 as an oral spray, it is used by those with multiple sclerosis (MS) to relieve several painful symptoms: neuropathic pain, overactive bladder and spasticity, and other MS symptoms.

Unfortunately, according to some sources, much remains “unknown” concerning the medicinal effects of medical cannabis. In addition, there are claims of insufficient research, meaning an inability to discern whether medical cannabis is able to provide safe and efficacious medical treatment.

However, to date there are at least 22,000 published research studies and/or scientific reviews that have advanced our knowledge and understanding of the capabilities of medical cannabis over the last 20 to 30 years.

Cannabinoids and Other Chemical Compounds

The buds, leaves, dried flowers, stems, seeds and roots of the cannabis sativa plant are what is conventionally known as medical cannabis. Of the over 500 chemicals found in cannabis, approximately 80 of them are unique to the plant, not found anywhere else. The medicinal components of cannabis, it is generally agreed, are cannabinoids. There are at least 70 cannabinoids in the cannabis plant. THC is one such cannabinoid, but other cannabinoids are believed to have medically therapeutic value as well. One in particular, Cannabidiol (CBD), has shown significant medical potential. It has displayed anti-cancer and anti-psychotic capabilities, without causing the psychoactive effect felt when ingesting marijuana (caused by THC).

Other cannabinoids, in addition to THC and CBD, with potential medicinal capability include the following:

In addition to cannabinoids, the marijuana plant also contains other chemicals including the compound known as terpenoids. There are also proteins, amino acids, enzymes, fatty acids, esters and flavonoids found in the marijuana plant. There are 27 known nitrogeneous compounds, 6 glycoproteins, 13 aldehydes and 13 ketones … and that is just the tip of the veritable iceberg.

Terpenes are the chemical compounds associated with the unique smell of cannabis. There are over 120 terpenes and each strain of cannabis has its own variations. In fact, terpenes are said to provide an “entourage effect” on THC and CBD. The entourage effect is when a secondary compound is able to enhance or elevate the positive impact of existing chemical components. More succinctly, the parts work more effectively when together than separately.

How Does it Work?

The 2 types of receptors in the human cannabinoid system are known as CB1 and CB2. The CB1 receptors are found mainly throughout the brain, spinal cord and various bodily organs such as the heart, liver, reproductive organs (including the uterus and testes), the small intestine and some nearby cells. The CB2 receptors are found on immune system cells such as the spleen, B-cells, T-cells and macrophages.

There are 3 types of cannabinoids that can bind to these receptors:

The benefits of these phytocannabinoids and other ingredients found in medical cannabis are made available to humans in 2 main forms: marijuana and hemp. Medical marijuana is derived from the cannabis plant and contains more than 0.3% THC. Delta-9 tetrahydrocannabinol, THC, is the active chemical ingredient in cannabis which, when ingested, binds to cannabinoid receptors in the brain. One such receptor is dopamine.

Hemp, while also derived from the cannabis plant contains, less than 0.3% of THC, meaning the dose is low enough to avoid any psychoactive effect. Hemp, specifically hemp root, is starting to attract public and scientific attention as an alternative pain treatment using cannabis without the unwanted psychoactive effects.

The Proof is in the Pudding

Medical cannabis has been shown to effectively diminish pain in a variety of circumstances, for a variety of maladies. For instance, Dr. Charles Webb found a 64% decrease in pain among surveyed patients who ingested cannabis. Some patients were able to completely stop using medications for insomnia, pain and anxiety. Cannabis has also been found to effectively curtail the growth of tumors. Researchers at the University of Athens proved that gliomas, cancerous tumors of the glial in the nervous system, could be diminished.

Oral forms of cannabis have been used in studies on patients with multiple sclerosis for managing chronic pain associated with body pain, muscle stiffness, spasticity affecting the ability to walk. A U.K. study by Zajicek JP, entitled “Multiple Sclerosis and Extract of Cannabis: results of the MUSEC trial,” yielded serious improvement particularly in addressing the pain and spasticity in MS patients.

Cannabis oil was revealed to be successful in treating a stage 3 prostate cancer patient, and although the evidence is anecdotal, it remains evidence nonetheless. Not to mention the patient was a biochemist and absolutely familiar with laboratory work – sufficiently so that he treated himself. Dennis Hill applied what was referred to interchangeably as cannabinoid extract and cannabis extract.

Another research team out of Canada found that cannabis “helps people with chronic nerve pain due to injury or surgery feel less pain and sleep better.” During the clinical trial, scientists compared a placebo with three different doses of cannabis – 9.4% THC (the highest concentration), 6% and 2.5%. Twenty-one patients, average age of 45, who suffered from chronic nerve pain took 3 to 5 puffs of cannabis (or the placebo) per day and were asked to rate their pain. At the end of the trial, patients taking cannabis experienced modest pain reduction. “We’ve shown again that cannabis is analgesic,” the team writes. “Clearly, it has medical value.”

Medical Cannabis for the Treatment of Pain

Shingles attacks nerve cells causing severe pain. The virus varicella zoster that causes shingles is the same one that causes chickenpox. Cannabis has been shown to effectively combat inflammation by activating neuro-protective functions. This occurs when medical cannabis activates the CB1 receptor. Medical cannabis was able to reduce the inflammation and protect nerve cells.

The sciatica nerve, when damaged or subjected to severe pressure, can cause painful tingling in the leg. The sciatica nerve starts in the lower spine, traveling down the hip to the back of each leg. It controls the muscles in the back of the knee all the way down to the foot. Sometimes it is caused by a slipped disk.

Medical cannabis is already being used to treat all types of physical and mental pain, including depression, insomnia, neck, back upper/lower, and natural pain relief for joint distress or arthritis. And new delivery systems for medical cannabis are also available. No longer just smoking, but sublingual, oral spray and topical are a few of the additional variations for delivery. Herbal pain relief is no longer merely an ancient tradition because its modern medical applications have proven its effectiveness.

While medical marijuana has yet to be legalized in many states, hemp derived from the cannabis plant is available nationwide.

We invite you to continue browsing our site to learn more about us, our products, and medical cannabis research.